I once fantasized about writing a book to better understand liberal and conservative views – to help those who hold opposing views to work together. Both perspectives are important.

As a basis for political ideology though, it no longer seems practical. They have become polarized. Much of our identity has become differentiating from the opposing political camp. Even those who don't pay attention to politics probably will say “this person is liberal,” or “this person is conservative.” We always see through the lenses of our experience. That seems to supersede politics.

From my perspective, the liberal lens is fundamentally “the needs of the many outweigh the needs of the few.” Conservatives might consider this a pro-socialism or anti-capitalism. That the way the lens works. Maybe the conservative view is “individual liberty is essential.” My perspective is that it only appears to be true for some, but not others because others can't be trusted. I'm sure if someone was sincerely conservative, they would explain it in a way that I could understand, leaving out where the ideology conflicts with practice. The same could be true of liberal minded people.

If I say “we need to try to keep weapons out of the hands of mass shooters before they go on a rampage” is heard as “I'm coming for your guns,” no matter how hard I try to be clear, what can I do? I just don't want someone to shoot up a school, or a club, or a mall. That's all. The answer shouldn't be to get more guns on the street. The AR-15 is not an effective weapon for hunting. It damages it's target too much. The meat would not be edible. The carcass would not be suitable for taxidermy. The only reason to have one is fear.

Next time (maybe): Religion and Fear 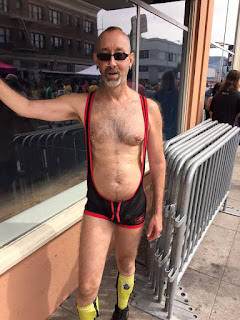