As within, so without. As always, As above, so below.

There are things happening in the world that trouble me. Maybe the answer is to find peace in meditation. But maybe it also indicates where I need to see better, where I contribute to it, where I need to grow. I need a way to see where I fit.

There are also things in my personal life that ares sticking points for me.

I've been off work for a week and a half, and I haven't moved forward. It's time to wake up. Hindsight is literally 2020. 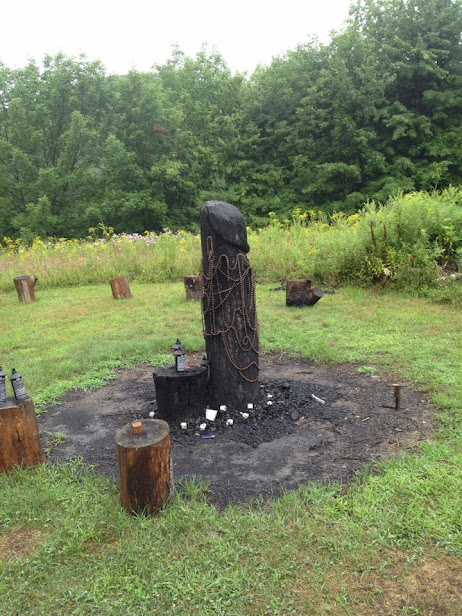 Posted by Rex Harley at 1:33 PM No comments:

I want to talk about probability and statistics. First, there is a non-zero chance you will catch the corona virus. No matter what you do, the chance will never be zero. That doesn't mean you will catch it, but to get to zero, you would have need to be in your bunker back in December – January at the latest.

Second, you don't have to make the chance drop to zero and that's OK. There's a good chance your symptoms would be mild if you catch it at all. The odds are in your favor. If you're isolating, it's unlikely you will catch it and if you do a good chance the symptoms will be tolerable. There's a larger chance you will die in a car crash than in an airplane crash,but we don't fly everywhere.

There's a good amount of panic and irrational fear of covid 19. Right now, that's working in our favor by making us be more diligent about stopping it's spread. The problem is, you don't have to fear it because of what I've said above. The problem is that there are so many people in this country that a non-zero chance of spreading it plus a non-zero chance of it being severe means it will impact a non-zero number of people, and it will probably be a large number. Even though it isn't likely to harm you or any one person in particular.

And this is where empathy comes in. Because the symptoms are so mild, there are larger and larger numbers of people spreading the virus who don't know they're spreading it. Instead of one Typhoid Mary, there are hundreds or thousands of Typhoid Marys (TMs). Unfortunately, some of those (TMs) are of the opinion that their individual rights are infringed if they don't go out and live their lives as if there is no pandemic. There's enough disinformation out there that some TMs don't believe it's real, just a liberal conspiracy to harm one particular politician. Some just think it's hype.

So find your middle ground. Don't be a Typhoid Mary. But also don't be a worry wart trying to get the chance of exposure to zero. You  only have to reduce the probability. You can get to almost zero just by washing your hands, avoiding touching your face, keeping physical distances, steering clear of crowds, and stay at home as much as possible. If it makes you feel safer to wear a mask, then go ahead. It may not help, but it probably won't hurt.

But most importantly, don't go back to your regular activities as soon as things start to look better. That could start the whole cycle over again. I'd wait for the hospitals to recover and/or there's a vaccine. The latter isn't likely until 2021, so do your part in the meantime – confidently.
Posted by Rex Harley at 9:43 AM No comments: